Skip to the content
Home » Blog » Pickleball Rules: Everything you Need To Know To Start Playing Pickleball
0

Pickleball Rules: Everything you Need To Know To Start Playing Pickleball 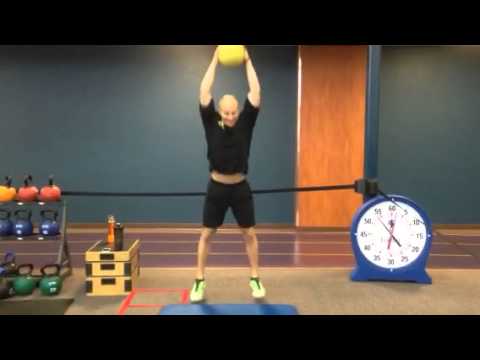 If you’ve heard of pickleball, you might be thinking that this is a game for seniors in a retirement community. It’s also possible you just think the name is strange. I really don’t blame you for thinking either of these things. The truth is though, if you are looking for an alternative to hitting the gym, this is a fast-growing sport that can substitute for a decent workout, this could be your answer. Pickleball can be fast-paced, and the players must change directions quickly. Sound better now? But before trying your hand, it might be a good idea to know the pickleball rules.

This will be your go-to post to cover all things pickleball rules, strategy, terminology and equipment.

This site contains affiliate links to products. We may receive a commission for purchases made through these links.

For anyone who is familiar with the game of tennis, pickleball rules and tennis will have many similarities. However, tennis is not the only overlap. You’ll find that badminton and even ping-pong have something in common with the game of pickleball.

The game itself was invented in 1965 near Seattle, Washington by three dads who wanted to give their kids a new activity during the summer months. Pickleball has now grown into a serious sport played internationally.

Pickleball can be played with either a singles or doubles format. When the ball is in play the object of the game is to hit the ball over the net to the opponent’s side and in-bounds. Generally, a “fault” by your opponent will result in a point for your team, but not in every situation. We will touch on why this is the case in a bit.

There is some basic pickleball terminology you will need to know to go along with the pickleball rules before you hit the courts for the first time.

When hitting the ball using the pickleball paddle, the ball must bounce away from the paddle immediately after impact. If the ball is “carried” along the front face of the paddle, this is called a carry.

The playable area inside of the baselines and sidelines.

When the ball is no longer in play.

A shot that is hit softly and intended to land just inside the no-volley zone of the court.

The ball bouncing twice on one side of the court before being returned.

The ball being hit twice on one side before being returned.

Any violation of the rules that results in a dead ball.

A serve that is to be re-played. Normally a result of a serve hitting the net but still landing in bounds on the opposite court side.

A high shot that forces the opponent toward the baseline of the court to return.

When the ball is in play and returned to each side until a fault occurs to stop play.

During the course of play, any ball that is returned out of the air before it hits the ground.

The serving team then changes to the “second server” until a fault is committed by the serving team again. The serve will then switch to the other team.

The team not serving will not be able to score any points until it is their turn to serve.

Typically, a pickleball match will consist of a best of three games. Other game/match formats include: one game to 15, or one game to 21. The winning team must win by two for any game played.

A point can be scored by the serving team when a fault is committed by the opponent. This can be from the ball not clearing the net or going out of bounds. There is also another rule called the “double-bounce” rule, that must be followed as well. If the double-bounce is not followed, a fault will occur.

Each time, before the serving motion has begun, the server must call out the score. For a doubles match, the score call sequence is: serving team score, receiving team score and the server number (one or two).

A pickleball match can be played as either doubles or singles. The pickleball court itself is 20 feet wide by 44 feet long. The area directly in front of the net is called a “non-volley zone” which runs the width of the court and is 7 feet deep. The non-volley zone exists on both sides of the net.

When you are the serving team and playing doubles, both players will be standing behind the baseline when the ball is served. The receiving team will have the player receiving the serve (diagonal) standing back ready to return. The other player on the receiving side, will be positioned up, just behind the non-volley zone line. 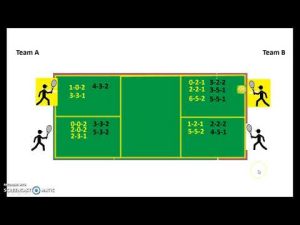 The serve must be an underhand stroke, and the ball must not be struck above the waist of the player. The server will then hit the ball past the non-volley zone to the diagonal side of the court.

For a deeper understanding of a pickleball serve, below is a quick instructional video. 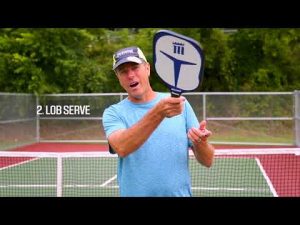 If you remember from the pickleball terminology above, a volley is when the ball is hit out of the air without bouncing first. The volley is a great way to score points and catch your opponent off-guard.

A volley can only be hit after two bounces. One from the serve and the other from the return of serve.

For a better understanding on strategies to implement when using a volley, check out this post on Pickleball Volley Strategy.

The double bounce rule, or the two bounce rule says that each team must play their shot only after the ball has bounced once. Once this requirement has been met, either team is allowed to volley. Granted they are not within the non-volley zone.

So for example, after a serve, the ball must bounce on the receiving side and returned. The. The serving side must let the ball bounce before a return. Now the double bounce rule has been met and either team can volley.

There are five common times when a fault can occur during the course of play:

Line calls will generally be left to your team to call on your side of the court, unless there is a line judge present.

Now that you know pickleball rules, you need the right equipment to play the game. Here is all the equipment you will need to get your game of pickleball started.

Pickleball also has some obscure rules that may only be in play during official games and tournaments. Casual players may not observe these rules, but they are still worth knowing.

As soon as the server calls the score, he or she only has 10 seconds to serve the ball. If more than 10 seconds elapses before the serve, a fault is called.

Another note to remember for the 10-second rule: the score must be called in its entirety before the serving motion begins.

Other Time Rules for Pickleball

A maximum of two minutes is allowed in between games. If 2 minutes is exceeded the judge may call the score and start the 10-second rule.

If a player is injured during a rally, play is not to stop until there is a dead ball, regardless of the injury to the player.

A rally does not stop if any player breaks or loses a paddle.

Now that you know the rules for pickleball, you’re ready to get out there. If you want to learn a new sport, or find another way to stay in shape, pickleball might be worth giving a try.

Skills You Need To Build The Body You Want

Skills You Need To Build The Body You Want